Hunger has always been a global problem. One might think they do the best they can to reduce food waste, but do they? Imagine you and your friends go out for lunch at a café, order food more than you can all eat. In the end, you would be left with at least several bite-sized portions of food on your plates because you are full. You might think to yourself that it is just a bite or just a spoon of food. Now, what would happen if thousands of people around the world said the same? Those “just a bite” could feed hundreds of people.

Each year, an average of $1 trillion of food is lost or wasted, accounting for roughly one-third of the world’s food. According to the U.N. Food and Agriculture Organization (UNFAO), reversing this would provide enough food to feed 2 billion people. That’s twice the number of undernourished people across the globe. The food that ends up in the compost pit is not a waste. Composting breaks down the food particles and converts them into manure; it also enables anaerobic respiration of earthworms and other organisms in the soil.

How to avoid food waste?

Most raw food is wasted if the fruits and vegetables are a little misshapen, oddly shaped, or discolored. Up to 20-40% of the fruits and vegetables are tossed into bins because they do not meet the market standards even if they are fresh and tasty. It could be avoided if such produces were used as ingredients in manufacturing other products like jams, pickles, chips, etc.

Baked or cooked food at outlets is wasted in large amounts every day. If the goods or food is not sold the day it’s made, they go right into bins at the end of the day. It could be avoided to a greater extent if the food is prepared based on the demand. More food could be made if needed as opposed to trashing a large amount of food.

A common scenario at any home is trying our hands in cooking different cuisines to learn and to experience. If all goes well, everyone would be happy with the food and gobble it up right away. What if things go south? The food would be wasted, inedible, and it might look like the food has no use. Instead of tossing the inedible into the bin, it is better to think and innovate with the food. Upcycle the food, adjust the flavor and taste. It would not be what you had in mind when you started, but it sure would taste better and full of love.

Weddings and functions are a big deal in India. The amount of food prepared surpasses the number of guests. Huge amounts of food are wasted during these events. To solve this problem, it is advised to prepare or order food only how much is required. The second option would be to donate the leftover food to shelters. There are NGOs and campaigns like Feeding India, Akshyapatra Foundation, The Public Fridge etc. help you deliver your leftovers to the needy. They feed thousands, if not hundreds of people every day.

One of the simplest ways to avoid food waste in a general sense would be to shop for how much is required for a week or a month. Any more than that, you would risk wasting food or wasting your groceries. Upcycle and reuse food if it has not gone bad. The best way to store leftovers is to freeze them. Freezing would keep them from going bad and increase their shelf life. 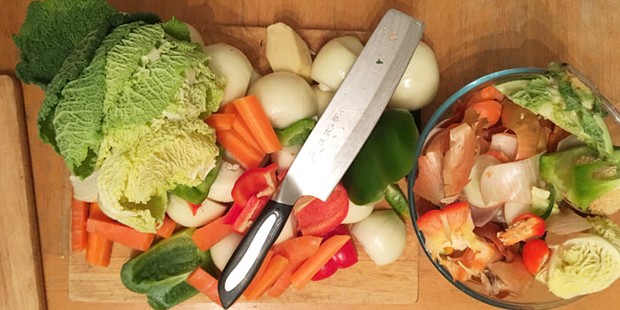 Regular food waste like vegetable peels and eggshells could be composted along with your other composting essentials. The end product of compost or the manure is referred to as black gold. To know more about composting and its procedures, click here.

No products in the cart.